Choose another country or region to see content specific to your location. 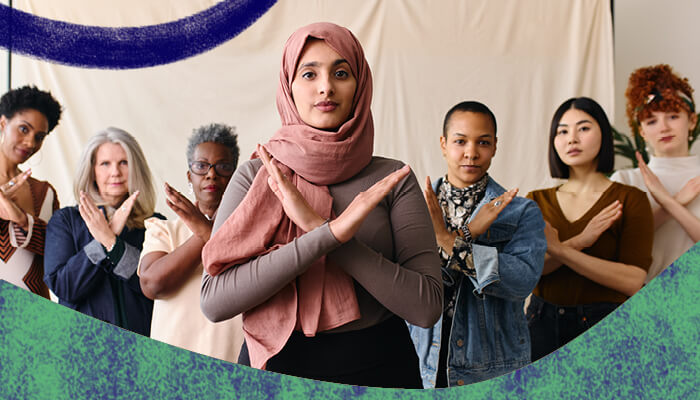 Held on March 8, International Women’s Day encourages us to reflect on and celebrate the voices of women across the globe. Under the theme “Break the Bias,” we are called to imagine a world free of bias, discrimination, and stereotypes. Gender biases and stereotypes have been deeply ingrained into our working norms, influencing the way we think, speak, and operate on a daily basis.

By emphasizing the creation of a diverse, inclusive, and equitable world, we can further support women’s rights socially, culturally, economically, and politically. In support of #BreakTheBias, the team at SilverCloud Health explores some of the varying factors that have impacted how women throughout society might deal with mental health challenges.

The Correlation Between Women’s Hormones and Their Mental Health

When it comes to mental health care for women, it's essential that we understand the varying factors that have impacted how women might deal with mental health challenges. While mental illnesses afflict all genders, there are differences in how these challenges manifest. And even though biological factors are significant, one should not ignore the role of socio-economic factors on women’s mental health.

Recent research has shown that women tend to internalize their emotions, often causing a higher prevalence of anxiety and depression. Conversely, men tend to externalize their challenges, which show up in forms such as substance abuse and antisocial behaviors1. This, along with the impact of hormonal fluctuations on women's bodies and minds, speaks to the reason behind why gender can be a determinant of mental health. Below we will explore the biological and social factors that tend to have an important bearing on the mental health and wellbeing of women.

There are life-changing events that can affect women’s mental health, one of these is becoming a mother. The adjustment to this new role is difficult and can lead to feelings of stress, anxiety, and isolation. Some women may suffer from perinatal depression, known as the “baby blues.” This term is further explained as, “… a term used to describe mild mood changes and feelings of worry, unhappiness, and exhaustion that women sometimes experience in the first two weeks after having a baby.” Perinatal depression is a more severe version of the baby blues and is considered a mood disorder. Symptoms of this disease include anxiety, extreme sadness, and exhaustion that negatively impact executive function. That translates into women having a harder time taking care of the baby and even themselves. The responsibility and commitment that motherhood brings can make it particularly difficult for this cohort of women to access adequate mental health support.

It should be noted that women have increasingly been concerned with how they look over the past three decades. Having a negative body image is a serious issue that a substantial number of girls and women face. A negative body image increases the probability of girls and women experiencing restrictive dieting, eating disorders, having a negative relationship with physical activity, and depression. Overall, they tend to have lower self-esteem. However, what exactly do we mean when someone does have a positive body image? According to the Office on Women’s Health (n.d.)4, being comfortable in your skin by feeling confident in your looks contribute to having a healthy body image.

Sadly, it is a fact that both girls and women are more likely to have a harsh relationship with their bodies due to external influences. These external influences stem from social media as well as cultural and unrealistic beauty standards. However, those are not the only factors to consider. Being overweight, obese, or underweight can lead to body shaming from their peers. Girls who were bullied about their looks tend to grow up with that negative image about themselves. SilverCloud offers an eating disorders program.

Physical and Sexual Abuse and Violence

Women are more likely to experience physical and sexual abuse and violence, which can have a long-term impact on their mental health and increase the risk of experiencing anxiety and depression. This also increases the likelihood of developing post-traumatic stress disorder (PTSD).

Additionally, some women may suffer from perimenopausal depression, which occurs when women transition into menopause. There are symptoms that are considered common, such as sleeping issues, hot flashes, mood swings, and abnormal periods. Yet, there are uncommon symptoms to look out for as well, such as irritability, anxiety, loss of enjoyment, and depression.

Premenstrual Dysphoric Disorder is a more severe form of PMS, impacting 5-10% of women in their reproductive years. In contrast to PMS, PMDD is characterized by significant premenstrual mood disturbance that can impact relationships and impair functioning. Many women with PMDD experience clinical levels of anxiety or depression during the one to two weeks before each menstrual cycle. It is not uncommon that the emotional symptoms of anxiety, depression, and irritability can interfere with normal functioning and daily lives.

Symptoms of PMDD are irritability, sadness/depressed mood, suicidal thoughts, bloating, breast tenderness, joint/muscle pain, and appetite changes. It is important to consider that all of these symptoms may not be experienced by every woman.

One of the most crucial steps is asking for help from a mental health professional. There are various types of mental health practitioners, such as psychiatric mental health nurses, psychiatrists, psychologists, and licensed clinical social workers. Women seeking mental health providers in their area should reach out to their primary care physician to get a referral.

When facing mental health struggles, it is important for women to know that they are not alone, making support groups another viable option. The Depression and Bipolar Support Alliance, WebMD, and the National Alliance for Mental Health all provide support groups for those suffering from mental health issues. WebMD also has instructions on how to create your own support group.

Another option would be for women to request a list of mental health professionals that are considered part of their insurance network. Employer assistance programs may also be able to help. SilverCloud offers employer-provided internet-based cognitive behavioral therapy.  Our Space from Depression & Space from Anxiety programs have shown great success. In one study, 69.2% of females using the programs recovered (i.e., moved from a clinical to a non-clinical level of symptoms) on either depression or anxiety, and this was maintained up to 12 months after start of treatment . 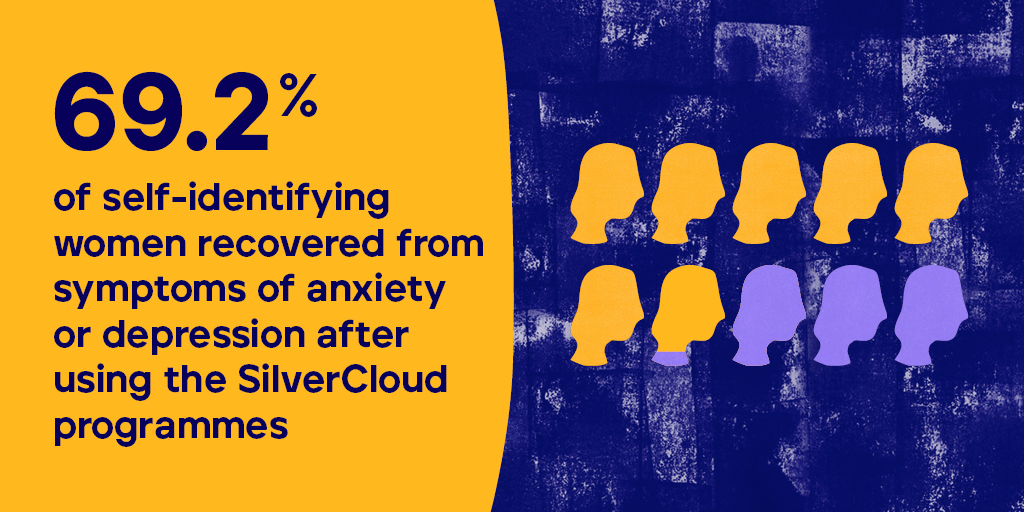 SilverCloud Health is a leading provider of evidence-based behavioral and mental health solutions delivered digitally. Our programs provide a smart, measurable, and modern way to invest in women’s mental health support for overall wellbeing and peace of mind. 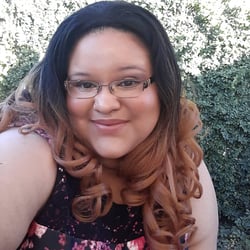 Vanessa started on the research team as a project manager in December of 2021 and loves working for such an innovative company. She was born and raised in Nashua, New Hampshire, and received her bachelors in women’s studies from the University of New Hampshire. She will get her master’s in healthcare administration in May of 2022. 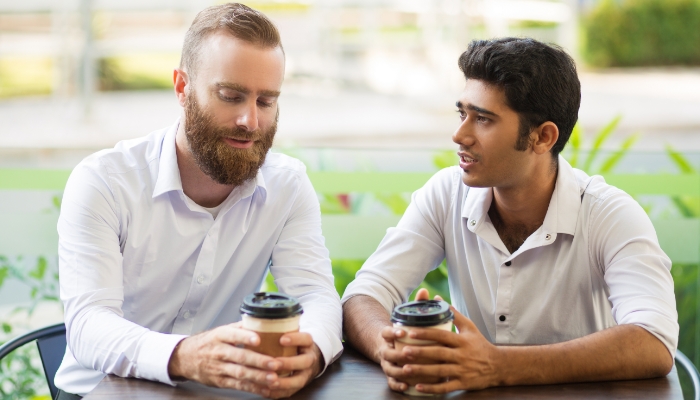 A Silent Epidemic: Addressing The Stigma Around Men’s Mental Health 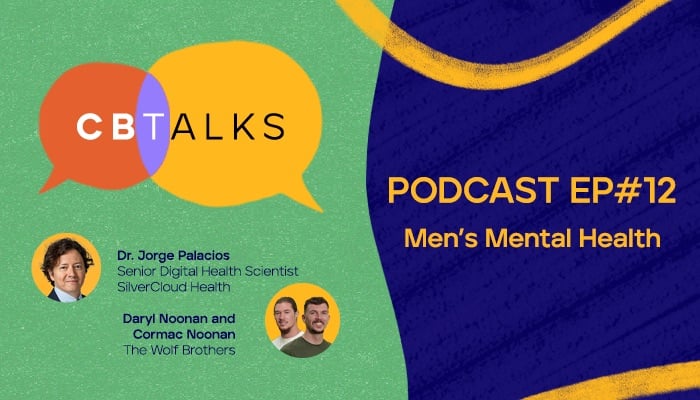 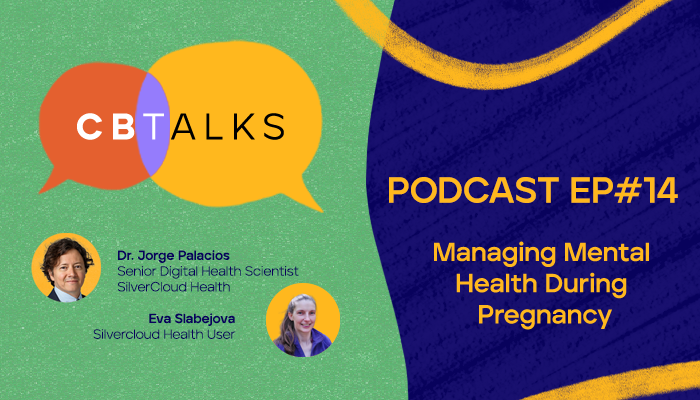 © 2023 SilverCloud® All Rights Reserved. SilverCloud is a registered trademark of American Well Corporation.